Stuck In The Donut Hole? Get Help From Our Medicare Advisors

Help! I’m Stuck In The Donut Hole | Get Help From Medicare Advisors

It is that time of year when many of our clients contact us about getting help from our Medicare advisors, because they are struggling to afford brand-name medications. Our clients take medications such as Vascepa, Entresto, Eliquis, certain inhalers, Januvia, Janumet, and others for conditions such as high cholesterol, chronic obstructive pulmonary disease (COPD), and Diabetes. Clients who take these medications, especially if they take more than one, usually end up in the dreaded Donut Hole around this time of year, and turn to seeking help from Medicare advisors.

How Did I Get Caught In The Donut Hole?

For those not familiar with the term “Donut Hole,” it is a euphemism that refers to the 3rd stage of Part D Medicare prescription drug coverage. Medicare Part D has four phases of coverage that are the basis for all drug plans, whether you have a stand-alone prescription drug plan (PDP), or if your drug coverage is included in your Medicare Advantage Plan (MAPD). The first phase of drug coverage is the deductible phase. In 2021, the standard drug deductible is as high as $445, though this varies by plan. Usually, Medicare Advantage Plans have lower deductibles for drug coverage.
The 2nd phase is called the initial phase of drug coverage. During this phase, you are permitted to pay the copay which, for a brand-name drug, is usually around $35 to $45 (depending on the plan). During the initial phase, the plan is constantly adding what you pay for your drugs and what the plan pays for your drugs, until the total in 2021 amounts to a whopping $4,130. Essentially, the Donut Hole begins when costs have reached $4,130; this is when you may want to seek help from Medicare advisors. The Donut Hole ends when year-to-date costs reach $6,550. 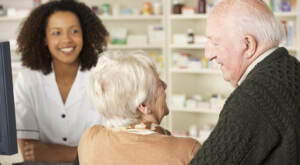 During the Donut Hole (Coverage Gap), the manufacturer discounts the negotiated retail cost of the drug by 70%, while you pay 25% of the negotiated retail cost. The plan pays 5% in this phase, which does not count toward your year-to-date costs. You continue to pay 25% until your total year-to-date costs, which include the plan’s deductible, copays, and coinsurance paid in the initial phase. This also includes the manufacturer’s discount of 70%, and what you ACTUALLY- pay while in the Donut Hole, reach $6,550. This $6,550 threshold is also known as your True Out-of-Pocket Cost, or TrOOP.
The 4th phase is called the Catastrophic Phase. You are through the Donut Hole when that $6,550 threshold is reached. In this phase, your drugs are the GREATER of 5% of the negotiated retail cost of the drug, or a small copay of $3.70 for generics or $9.20 for name brands. You can take a sigh of relief, and if you do have further questions or concerns, you can connect with Medicare advisors.

Get Help From Medicare Advisors

Most people usually have no idea that the Donut Hole is happening until they go to the pharmacy to pick up a prescription that until now, has cost them $35 or $45, and are suddenly asked to pay $400 or more for their medicine. Some folks just leave their prescription at the pharmacy counter and go home, especially not knowing what it might cost the following month. This is simply not affordable for most of us, which is why it’s important to seek patient assistance from Medicare advisors.
Senior Benefit Advantage is a qualified resource to provide patient assistance when you need it most. Don’t wait to connect with Medicare advisors! Contact us today.

Get FREE Help From Medicare Consultants Near Me

Our Medicare consultants near me use their expertise to deliver the most relevant information to you.

Page load link
This site uses cookies. By continuing to browse the site, you are agreeing to our use of cookies. OK
Go to Top